You are here: About Us

Your Winegrowers’ Cooperative from Ahrweiler since 1874

The Romans already valued the Ahr as a winegrowing region many centuries ago, but this region is still even today considered to be the “Red Wine Paradise” of Germany. Our historical cooperative with an informal flair was already founded in 1874. The main mission of the cooperative was initially the marketing of the wine. Soon winemaking was also added so that the individual cooperative members could concentrate completely on the winemaking. The cooperative has since developed into an important winemaking business operation in the Ahr Valley and today has approx. 78 members.

Our cooperative lies right in the middle of the romantic Ahr Valley. Here in Ahrweiler, the red wine metropolis with a city history of more than 1100 years, we are only approximately 150 m away from the upper gate, the western section of the Medieval city wall, thus quite near the Roman Villa and the "Governmental Bunker". 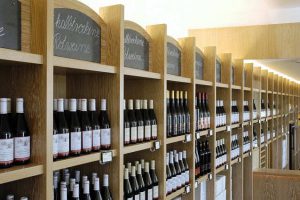 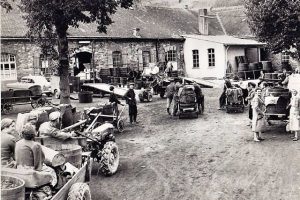 85 percent of the grapes we process are red grapes which include grape types like Pinot Noir, Pinot Noir Précoce, Portuguese and Dornfelder while Müller-Thurgau, Riesling and additional white grape types make up the remaining 15 percent. In addition to our wines, we produce champagne, premium spirits as well as grape juices.