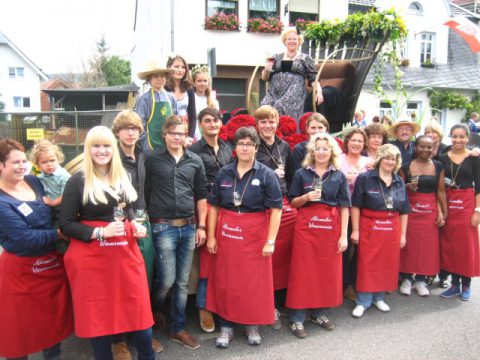 It is not only the largest, but rather also the oldest of the wine festivals which are celebrated annually in the early weeks of the autumn in Bad Neuenahr-Ahrweiler: The magnificent wines of the Ahr as well as the colourful attractions are the focus. The festival days begin during the evening hours of Friday with the opening of the festival and proclamation of the “Burgundia” at the festively-adorned Ahrweiler marketplace before a historical medieval backdrop. A special highlight is the winegrowers’ parade which, with numerous vehicles and musical groups, proceeds through the old town of Ahrweiler on Sunday. The Winegrowers’ Festival offers countless opportunities to try the colourful array of full-bodied and ruby red quality wines of the Ahr.